From 23rd May to 10th June Dr. Sue Margulis and a group of her students from Canisius College in the United States joined Lajuma for their annual field course. Their programme involved a variety of animal behaviour, ecology and conservation related activities, and PPP were able to get involved with the group on some of these activities. 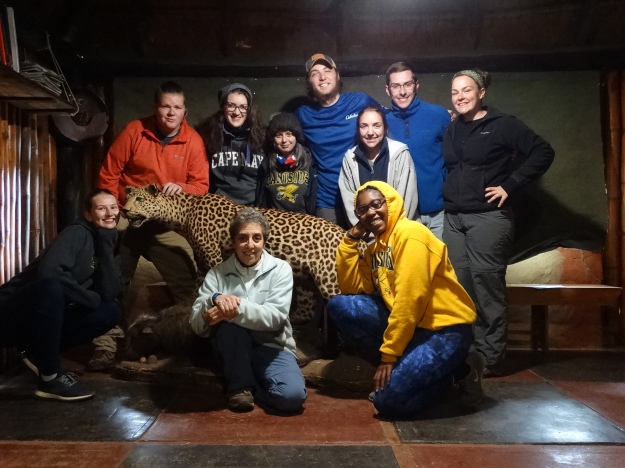 On 7th June, Philip took the Canisius group to see one of the Anatolian livestock guarding dogs (LGDs), Bindi, on a farm here in the mountains. They left really early in order to reach the farm before the cattle went out to graze. In the field Philip had the opportunity to teach the group about how these dogs work and what they do. However, Bindi was not too well when the group arrived, so instead of going out with the cattle she made a visit to the vet. It turns out that Bindi was bitten by a tick which resulted in tick bite fever, but after some medicine all is well and Bindi is as strong as before.

After the Anatolian LGD visit, Philip took the group to one of the local schools where they conducted some environmental education work with the local learners. They played games with the children to get them excited, after which Philip taught them about the local biodiversity found in the mountains and the impacts of snaring on this wildlife, as well as other conservation issues. As always the kids were very receptive and had loads of questions. Philip says that one of the best questions he has been asked so far is “What sound does a Liger make?”, does anyone know? 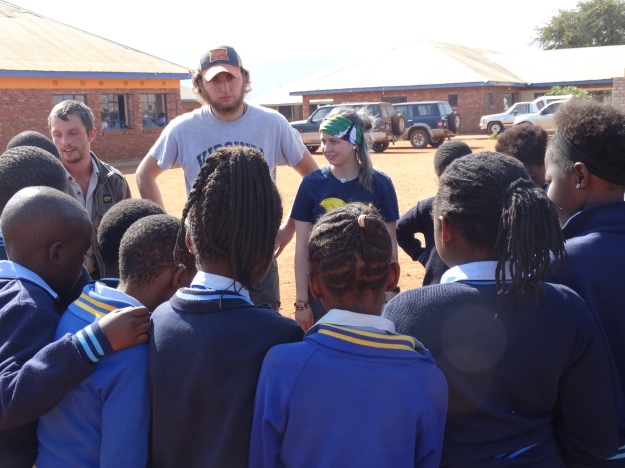 PPP also took the group on a hike to some of our camera trap stations, and the group helped to tag and sort many of our images. They also helped Philip to tag many of his images from his new camera grid down in the Mara area. On the last night Sue and her students prepared a feast for everyone on Lajuma to say thank you!